In January 1914, the town of Ojinaga in northern Mexico was the site of a battle between the forces of Pancho Villa and those loyal to Mexican president Victoriano Huerta. This photo depicts refugees from the fighting making the sixty-mile journey to Marfa, in Texas. Refugees such as these made up a large portion of early twentieth-century Mexican immigration to the southwestern United States. 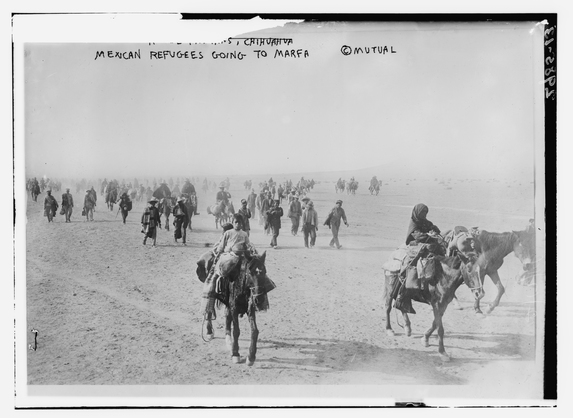