The lector, or reader, was an institution in Tampa cigar factories. Elected and paid by the workers, the lector read material of their choosing aloud as the workers assembled cigars. Lectores read newspapers, current affairs publications, and even novels, often translating into Spanish on the fly. The best lectores had booming voices and dramatic talent, sometimes acting out the scenes they described. The presence of the lector meant that despite widespread illiteracy, cigarmakers were often well-informed about events across the world. Lectores made factory owners uneasy, especially when they read radical publications to the workforce. Owners' attempts to force out lectores often prompted workers to go on strike. 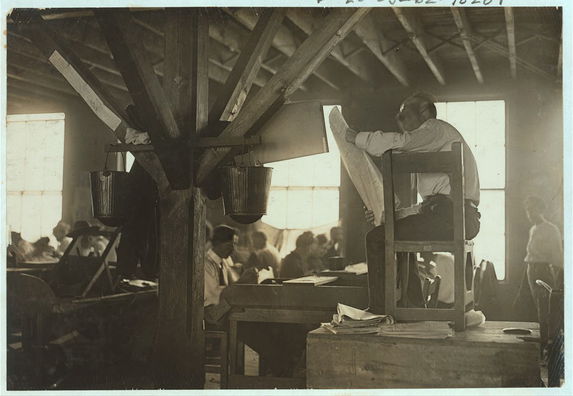 A "Reader" in cigar factory, Tampa, Fla. He reads books and newspapers at top of his voice all day long. This is all the education many of these workers receive. He is paid by them and they select what he shall read.