On October 20, 1916, the National Women's Party (NWP) organized a suffrage demonstration outside of an auditorium in Chicago where President Woodrow Wilson was giving a campaign speech. Wilson, a Democrat, was running for his second term as President. The NWP wanted to put pressure on political candidates to help push through a constitutional amendment guaranteeing women the right to vote. These demonstrators were attacked by a mob. 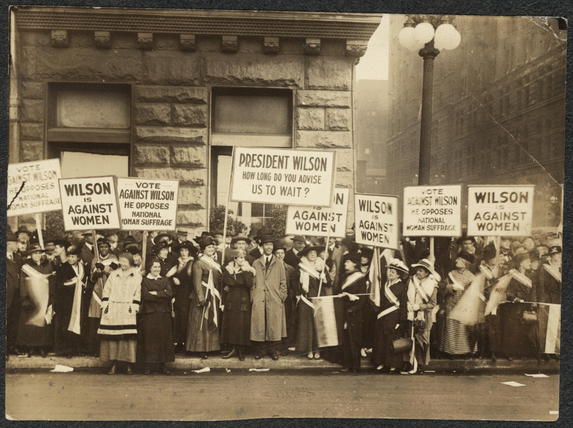