In 1916, the National Women’s Party (NWP) began picketing the White House. NWP members criticized President Woodrow Wilson for going to war “to make the world safe for democracy” in World War I, while in the United States women were denied the right to vote. Police arrested the picketers for blocking traffic, and a judge sentenced them to seven months in prison. To recognize their sacrifice and heroism for the cause of suffrage, the NWP presented the women with small silver pins in the shape of a locked prison door. 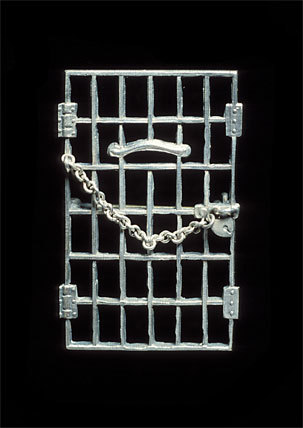