This map identifies which states and territories of the United States allowed slavery and which did not in 1856, five years before the start of the Civil War. The slaveholding border states included Missouri, Kentucky, Virginia, Maryland, and Delaware. 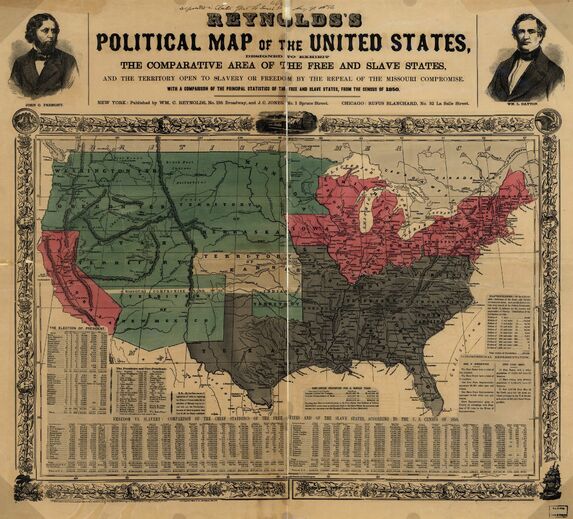