The U.S. Army and the Apache tribe (who called themselves N’ne, meaning “the people”) engaged in armed conflict in the U.S. Southwest from 1851 through 1886. On September 4, 1886, the famed Apache leader Geronimo (or Goyahkla) surrendered to U.S. Army forces on September 4, 1886 at Skeleton Canyon, Arizona. This photo shows Geronimo and his followers, including women and children, being sent to a U.S. Army fort to be held as prisoners of war. 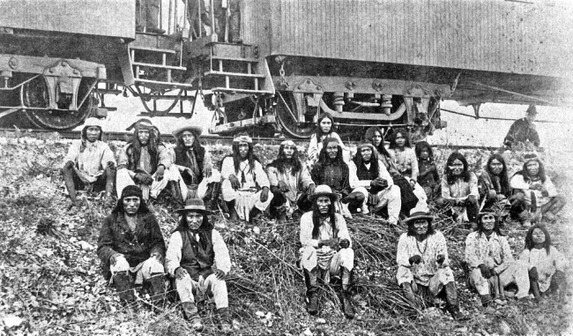 Background Information on the Events at Wounded Knee

An Early Expedition Describes a Peaceful Encounter with the Carolina Algonquians

An Early Colonist Describes the Indian Town of Secota