"Come Unto Me, Ye Opprest!"

During the World War I era, the U.S. experienced a “Red Scare,” or national hysteria about the dangers of communists and radicals. The Red Scare was influenced by wartime patriotism, immigration from eastern Europe, and the Bolshevik revolution in Russia, and fueled by newspaper editorials and cartoons. This cartoon by James P. Alley features a “European Anarchist” sneaking up on the Statue of Liberty. At that time, anarchist was the term for people who wanted to overthrow the government. 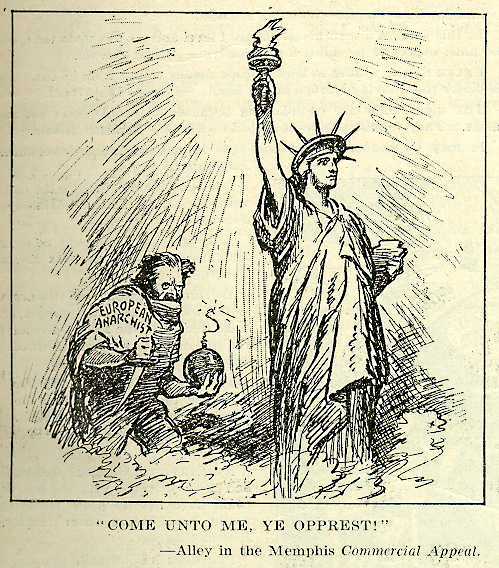