From 1890 to 1900, an average of 175 African Americans were lynched each year. Lynchings were attacks motivated by racism where white mobs brutally murdered black victims, sometimes in the night, but often in a public way with many witnesses. Lynch mobs often hung their victims, but also sometimes burned or tore apart the victim's body. African-American men were the most common targets of lynch mobs, but women were also hurt and killed. White public officials in the South did not criticize lynching, did not punish those responsible, and often supported the actions of lynch mobs. African Americans (most notably the journalist Ida B. Wells) fought back against lynching by trying to bring national attention to the issue. 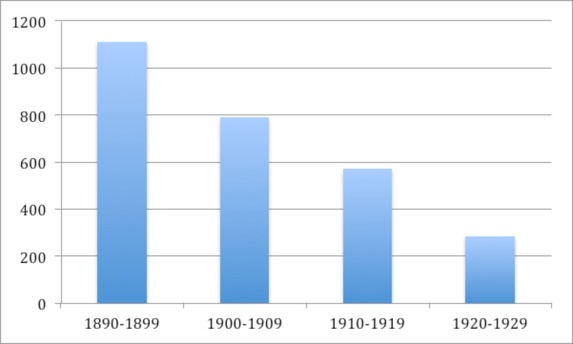 Across the South, someone was hanged or burned alive every four days from 1889 to 1929, according to the 1933 book The Tragedy of Lynching, for such alleged crimes as "stealing hogs, horse-stealing, poisoning mules, jumping labor contract, suspected of stealing cattle, boastful remarks" or "trying to act like a white man." One was killed for stealing seventy-five cents.

Like the cotton growing in the field, violence had become so much a part of the landscape that "perhaps most of the southern black population had witnessed a lynching in their own communities or knew people who had," wrote the historian Herbert Shapiro. "All blacks lived with the reality that no black individual was completely safe from lynching."

—Isabel Wilkerson, The Warmth of Other Suns: The Epic Story of America's Great Migration