During World War I, the U.S. government needed to raise money to pay for the soldiers, tanks, airplanes, and other equipment it needed to fight the war. To do this, it sold war bonds, which citizens could buy and then be paid back after the war. This poster tried to convince Americans that it was their patriotic duty to buy war bonds by listing names from many different nationalities on the Honor Roll, reflecting the fact that soldiers from all different immigrant groups had fought and died in the war. 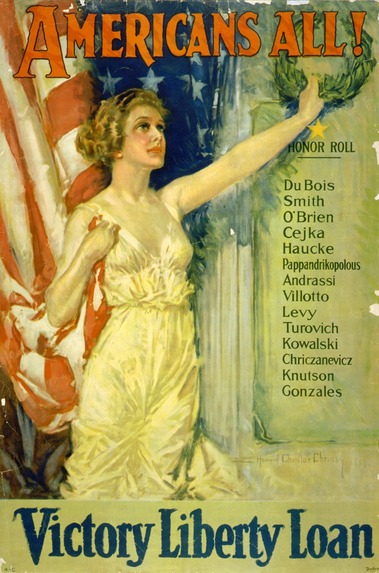