California passed two laws that established a system of Indian apprenticeship. The laws made it easy for any white person to claim young Indian laborers by taking a list of names to a judge and getting the judge’s signature. Sympathetic onlookers called apprenticeship “Indian slavery.” Historians estimate as many as 10,000 Native Americans were apprenticed under the laws of 1850 and 1860. The Sacramento Daily Union published this list of local indentures in February, 1861. The people listed here were bound to two ranchers “to be used in ranching, farming, and housework.” 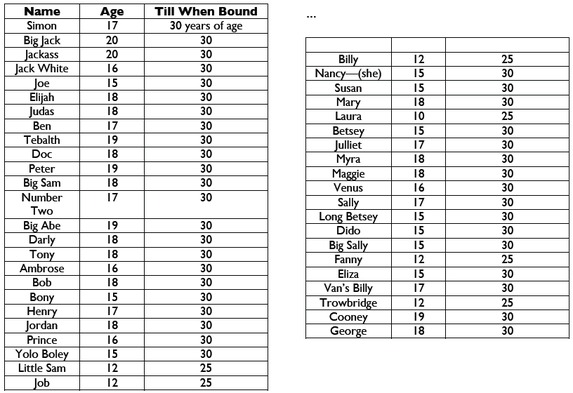 A 49er Writes Home from the Gold Rush

A 49er Writes Home from the Gold Rush (with text supports)