Those opposed to women’s suffrage claimed that participating in politics would expose women to the sort of immorality and corruption from which they were usually shielded in their traditional role as housewives. Such charges conveniently ignored the many thousands of women who were part of the workforce in the early twentieth century. This postcard, distributed by the Pennsylvania Limited Equal Suffrage League of Philadelphia, pointed out that earning a living as factory workers, nurses, or domestic servants did not “unsex” women, and neither would voting. 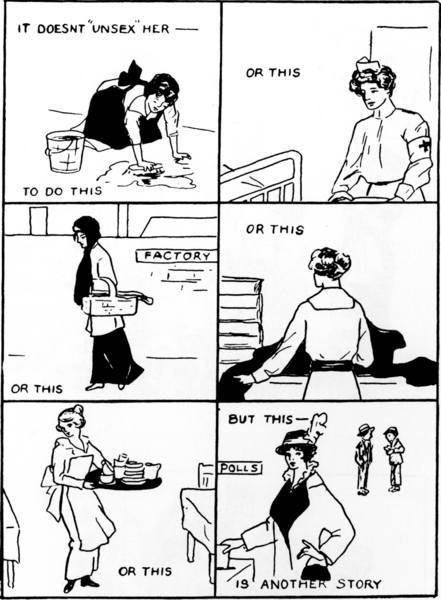