In the early twentieth century, African Americans had plenty of reasons to leave the rural South: disfranchisement, segregation, poverty, racial violence, lack of educational opportunities, and the drudgery of farm life. As the cartoon below from The Crisis magazine shows, lynching stood out as particularly horrific and unjust. Violently reinforcing the legal system of discrimination in the South, white mobs tortured and murdered black men for alleged wrongdoings or for the “crime” of prospering economically. More than 3,700 people were lynched in the United States between 1889 and 1932, the vast majority of them in the South. 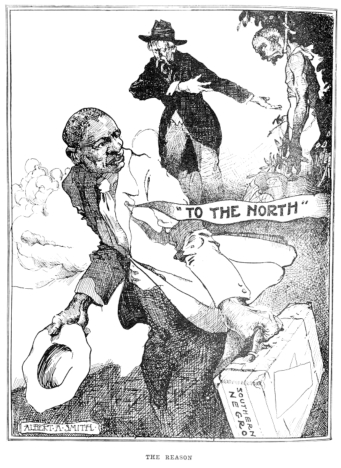 Create a Migrant's Scrapbook from the First Great Migration