The C.I.A. Advises Nicaraguans How to Sabotage the Sandinista Government

The C.I.A. airdropped thousands of these 15-page illustrated manuals telling "Nicaraguans who love their country and cherish freedom" how they could sabotage the Sandinista-led government. The leftist Sandinistas had overthrown a military dictatorship in 1979; the U.S. supported rightwing Contras in their efforts to remove the Sandinistas from power. A Contra fighter in Honduras, where the C.I.A. based its anti-Sandinista efforts, gave a copy of the manual to a reporter in 1984. 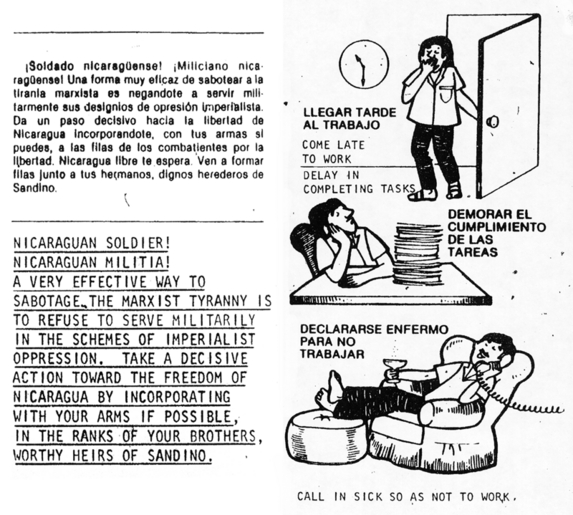 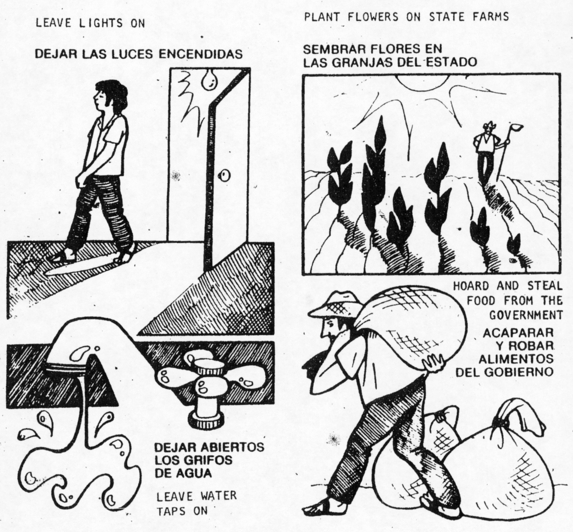 Reagan Administration Officials Debate How to Support the Contras