The U.S. government forced more than 100,000 Japanese Americans to leave their homes and businesses on the West Coast and report to one of fifteen assembly centers. At these centers they were first processed and then transported by train to one of ten permanent relocation centers, or camps, hundreds or even thousands of miles from their homes. The War Relocation Authority (WRA) was in charge of relocation and detention of the incarcerated persons. 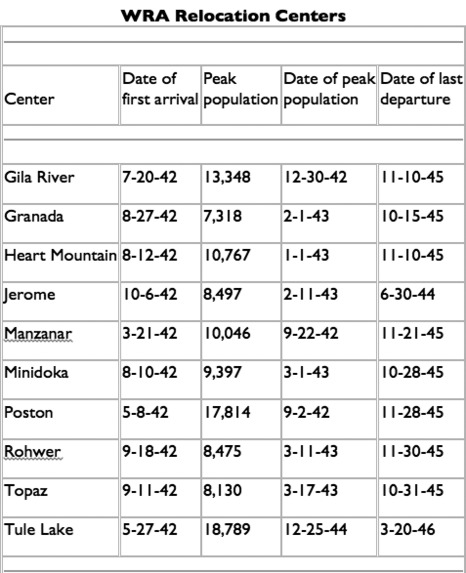