This monument outside Appomattox Court House in Appomattox County, Virginia marks the site of General Robert E. Lee's surrender to General Ulysses S. Grant on April 9, 1865, effectively ending the Civil War. It was erected in 1929 by a memorial group that placed a total of 25 markers on Civil War battlefields in Virginia. The original marker ended with the words "to 118,000 men under Grant," but no one knows who removed that reference to the conquering Union army, or when it was removed. 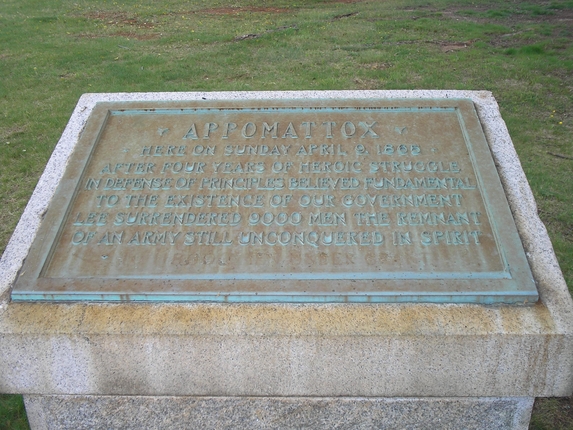 After four years of heroic struggle

Lee surrendered 9000 men the remnant of an army