Seattle's black population was segregated into the area known as the Central District through both de jure and de facto methods. Restrictive racial covenants written into housing deeds prevented blacks, Asians, Jews, and Native Americans from being able to buy houses in certain neighborhoods. After such covenants were declared illegal in 1948, de facto practices by real estate agents, homeowners and landlords kept people of color out. In 1959 a white couple refused to sell their house to a black couple; the Washington State Supreme Court ruled in favor of the white homeowners, declaring "The personal characteristics of the home owner and would-be buyer are irrelevant to the constitutional protection of private property, which is absolute." The case galvanized a ten-year open housing campaign in the city. 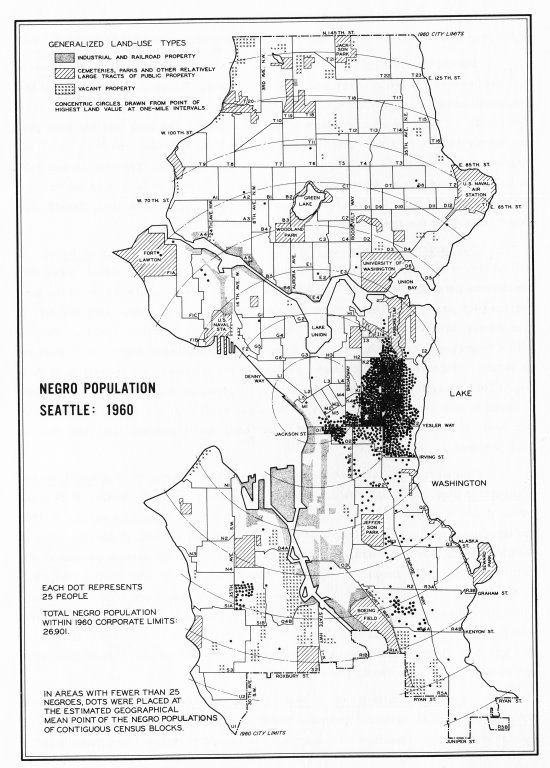