Seattle's open housing advocates had been organizing and protesting for nine years when the city finally passed an open housing ordinance in 1968. Both the local ordinance and the federal Fair Housing Act of 1968 were passed partly in response to the assassination of Martin Luther King, Jr. in April; leaders hoped to quell further urban riots and unrest by finally ending discriminatory housing practices. This edition of the Central Area Motivation Program Trumpet reported that city prosecutors were all ready bringing suit against apartment owners would would not rent to African Americans and announced a housing fair for people who wanted to move out of Seattle's crowded Central District.  The Central Area Motivation Program was the first organization in the nation to receive funds from the War on Poverty legislation; CAMP ran a number of educational programs for and by the poor in the Central District. 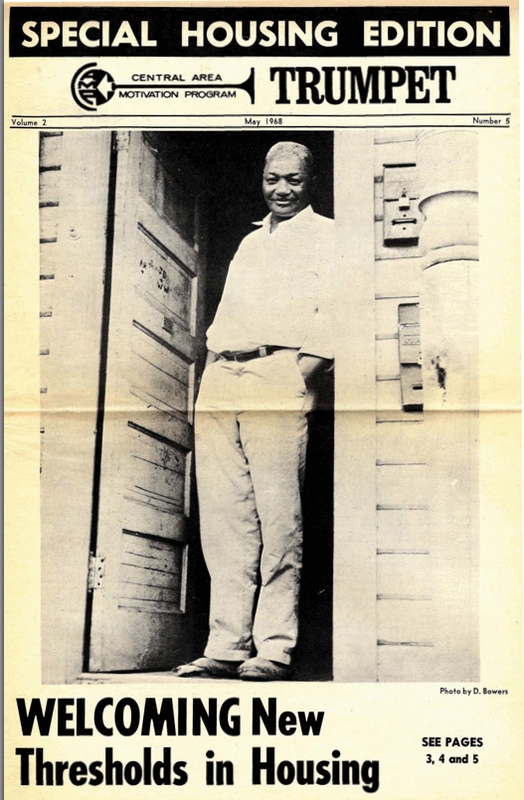