A Visit from the Ku Klux

After the end of slavery, African Americans, particularly those who attempted to exercise their right to vote, were often the victims of harassment, intimidation, and murder at the hands of the Ku Klux Klan. The Klan was a secret society founded by former Confederate military officers during Reconstruction; it was dedicated to maintaining white supremacy. This Harper's Weekly illustration from 1872 was meant to elicit sympathy from white Northern readers for African-American victims of the Klan. 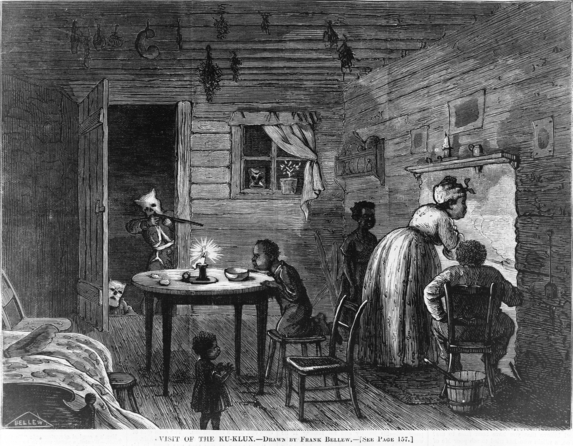 Create a Magic Lantern Show: Freedpeople in the Reconstruction South