Drawing of an African Burial Ground Grave In Situ

In 1991, workers constructing a new federal government building in lower Manhattan unearthed human remains. Maps from the colonial period showed a "Negro burial ground" on the site, then located outside of the city. An archaeologic study was conducted which would unearth over 400 graves, a small sample of the estimated thousands of people buried there. Researchers examined the graves using a range of methods: carbon dating of skeletal remains; soil samples; drawings and photos in situ (in the original or existing position); coffin analysis; and collection and dating of physical remains (shells, buttons nails, cloth), all to determine age, gender, morbidity, and origin. Afterwards, the remains were reinterred at the site and a National Monument was established there. 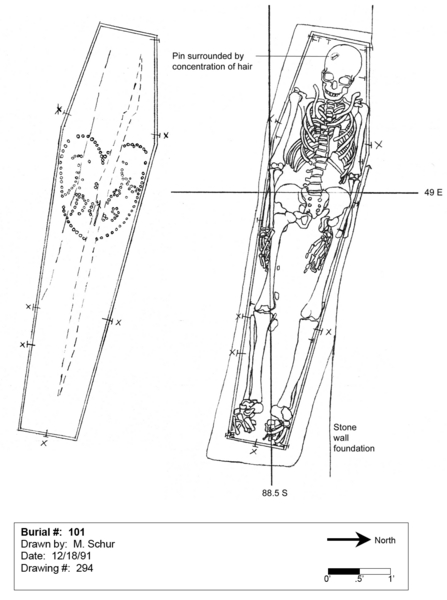