"Death to the Fascist Reptile!"

Another Soviet poster from shortly after the Nazi invasion of the Soviet Union in June 1941 is this work by A. Kokorekina, in which a Red Army soldier pierces a serpent cleverly coiled into the shape of a swastika. The caption, which translates as "Death to the Fascist Reptile!," is as arresting as the image. The poster's simple color scheme was the likely the result of the need to produce images quickly and cheaply in the aftermath of the invasion, but nonetheless results in a bold and striking example of visual propaganda. 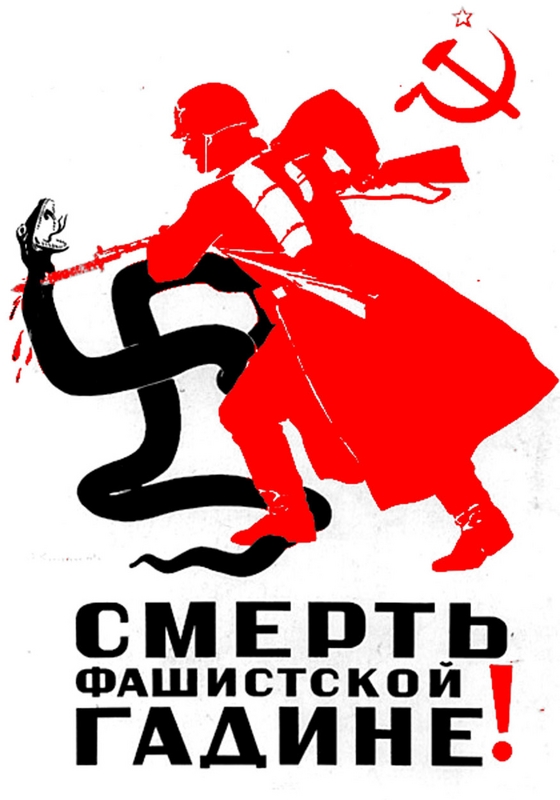