"We will ruthlessly defeat and destroy the enemy!"

A Soviet poster shows a Red Army soldier dispatching a gnome-like Hitler. The torn document and discarded mask represent the Molotov-Ribbentrop pact, the treaty of non-aggression signed by Nazi Germany and the Soviet Union and violated when the Nazis invaded Russia on June 22, 1941. This poster was the creation of the Kukryniksy, a collective of three artists who became famous before and during the war for their caricatures of Hitler, Mussolini, and other Nazi and Fascist leaders. 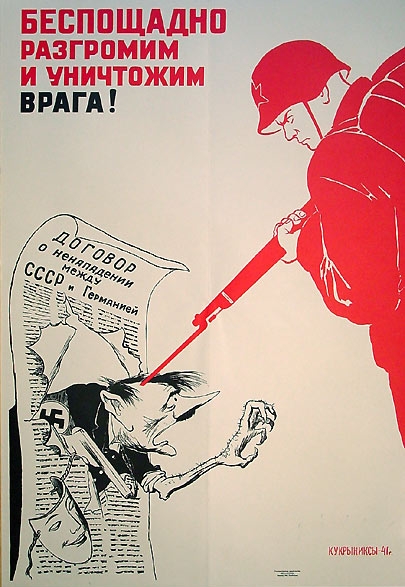