Keep Mum, She's Not So Dumb!

This World War II poster urges British officers and other servicemen to"keep mum" (quiet), lest military secrets and other sensitive information fall into the hands of the enemy as a result of careless talk, in this case overheard by a beautiful female spy. However unlikely such a scenario may seem outside the realm of spy movies, in June 1941 the British government announced that such exchanges were a "major problem." While its effectiveness in preventing information leaks cannot be known, the poster's casual sexism succeeded in raising the ire of Dr. Edith Summerskill, a Labour Member of Parliament. 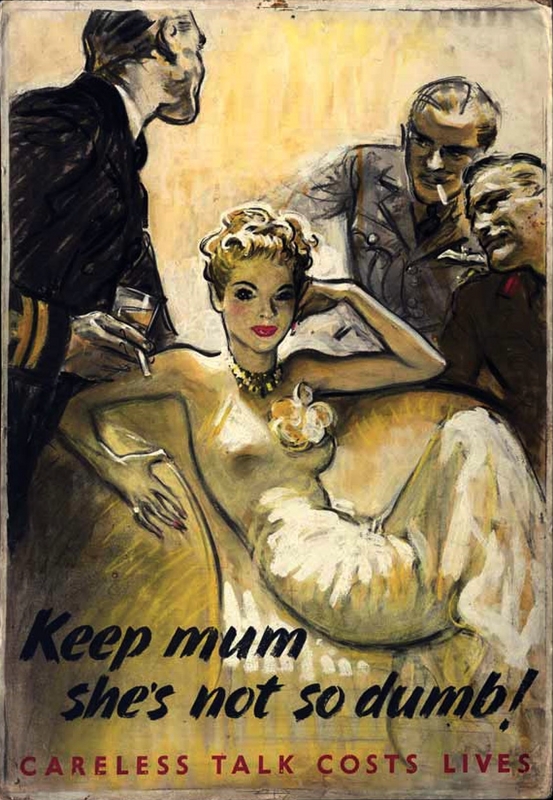