During the nineteenth century, the U.S. greatly expanded its territory by purchasing land from other countries, taking land from countries it defeated in war, and adding independent territories that wanted to become part of the United States. This illustration celebrated that territorial growth by using many popular symbols of American progress and westward expansion. It was produced as a chromolithograph in 1873, inspired by an 1872 painting by John Gast. Chromolithography was a method of mass producing images, making them inexpensive for people to buy and hang in their homes. 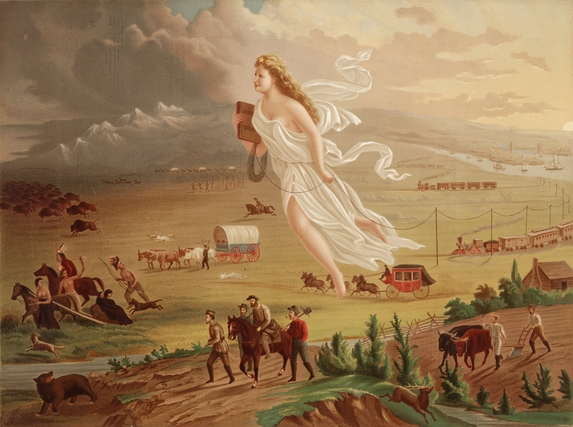 The Iron Horse vs. the Buffalo: Indian-Settler Conflict on the Great Plains

"Troubles in the South-West": Ideology and the U.S.-Mexican War