Over one million black men and women served in the military during the second World War. Artist William Henry Johnson's images of the war often pictured soldiers in training camps, but this piece shows a family separating as a soldier departs for the war. The influence of modern abstraction and of the New Negro Movement, in which African-American creativity and identity are less constrained by the models of traditional western art, can be seen here. 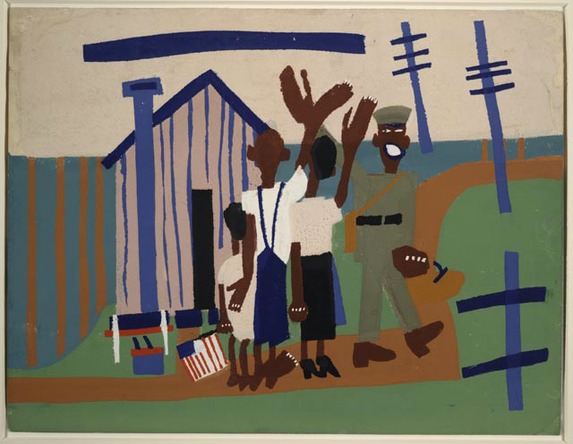