Local Activists Call for a Bus Boycott in Montgomery

This leaflet, produced by Jo Ann Robinson and others in response to Rosa Parks' arrest on December 1, 1955, called for all African Americans to stay off city buses on Monday, December 5. Robinson was president of the Women's Political Council, an organization of African-American professional women who worked for greater political influence from the Black community. She was later arrested for her role in the boycott. 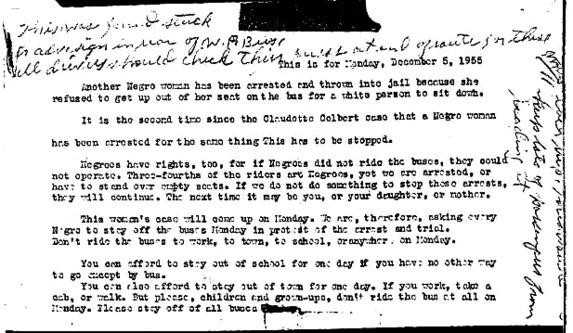