The Sam Hop Company, a general store on Clay Street in San Francisco, sold a wide assortment of Chinese imported goods. Merchants were the economic and political leaders of Chinatown. They worked with American contractors to bring workers from China and to regulate them once they arrived. Chinese women in the United States, like the one here behind the counter, often helped their husbands run small businesses. General stores carried imported dried and canned foods from China, as well as clothing, toys, pans, and other necessities. 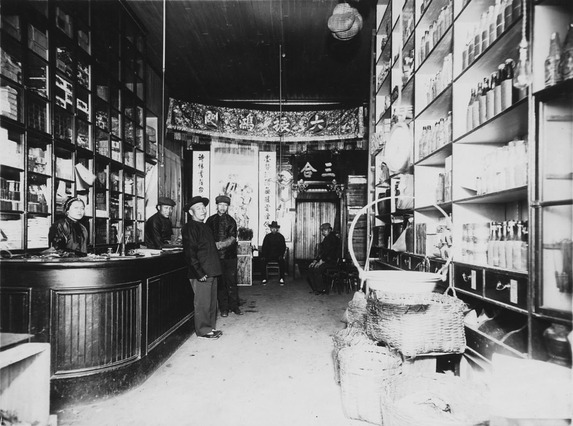