This New York City Police Department arrest record from 1903 reflects the widely-held faith in "scientific" techniques for identifying and keeping track of criminals at the dawn of the new century. Advocates claimed that methods like those developed by French anthropologist Alphonse Bertillon, involving the recording of careful physical measurements, could be used to identify innate criminality and other character flaws. The dubious science behind such endeavors often overlapped with the prevailing theories about the inferiority of non-Anglo-Saxon racial and ethnic groups. Such pseudoscientific data was then used as a justification for Jim Crow and immigrant-exclusion laws. 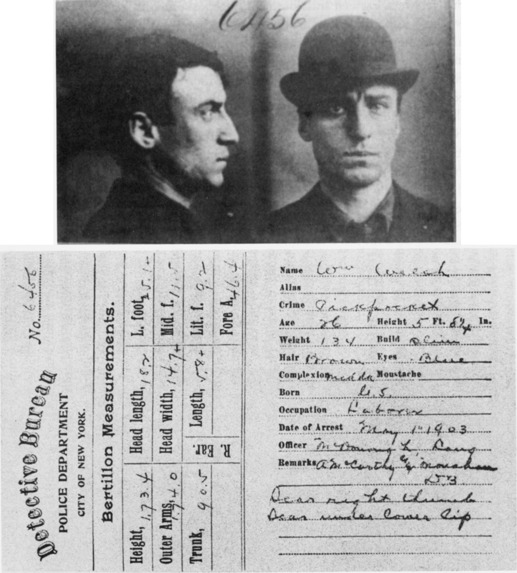