Lodgers in a boarding room on New York's Bayard Street charging "five cents a spot" exemplify the overcrowded, frequently squalid living conditions that immigrants in New York City faced at the turn of the twentieth century. As documented in Jacob Riis's groundbreaking How the Other Half Lives, which mixed Riis's photography with his journalistic accounts of immigrant life, such conditions had become endemic in New York by the end of the nineteenth century. Although Riis's account was not immune from the sensationalist journalistic practices of the time, not to mention his own frequently condescending attitudes towards certain ethnic groups and the poor, How the Other Half Lives is often credited with spurring some of the much-needed urban reforms of the early twentieth century. 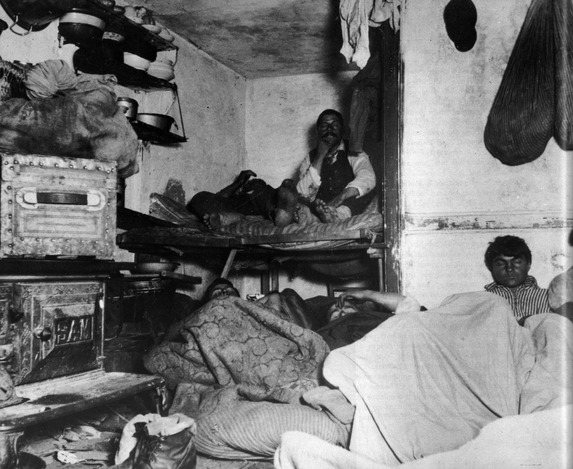