The completion of the Transcontinental Railroad is celebrated with a handshake, a bottle of champagne, and the laying of a golden railroad spike in Promontory Point, Utah, on May 10th, 1869. After years of speculation, government backing, corporate scandal, and arduous physical labor, the Union Pacific line met the Southern Pacific, linking the eastern United States with California. Heralded as the physical realization of America's "manifest destiny" to expand, the railway would not actually extend "from sea to shining sea" until several years later. 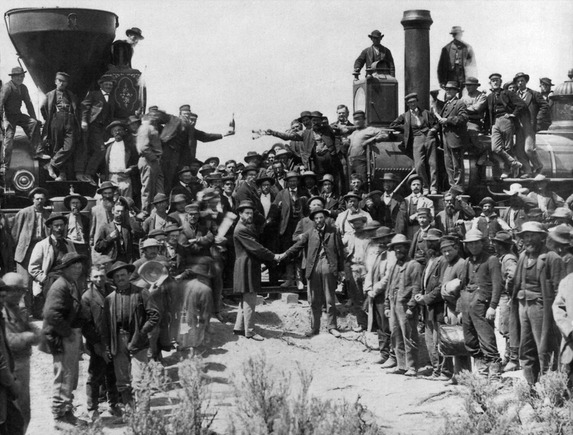