Two photographs from 1941 show the glaring contrast between so-called "separate but equal" schools in Greene County, Georgia. In this photograph, black students must make do with antiquated, ramshackle facilities and, according to the original caption, a grand total of three teachers. Parents and local activists protested such conditions throghout the early twentieth century, and the legal system finally sought to address educational inequality with the landmark Brown v Board of Education Supreme Court decision in 1954. (See related resource for the companion photograph.) 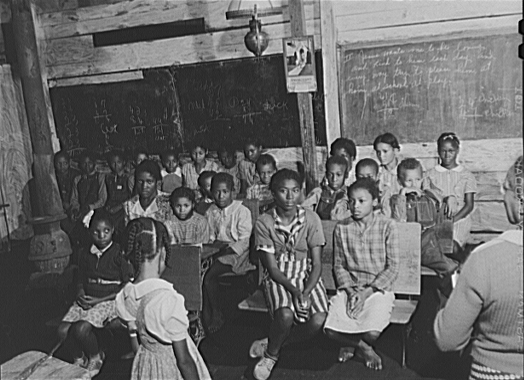 "Studying insects in a classroom at the school"

What Was Jim Crow?