"Bananas Being Loaded into Waiting Carts"

New York dockworkers unload bananas from a cargo ship into a waiting cart in this early twentieth-century photograph by maritime photographer Edwin Levick. Their work was dangerous—the fatality rate for longshoremen was higher than for any other profession in America. The Port of New York was the busiest in the world at this time, the point of entry and exit for everything from bales of cotton to bunches of bananas to rubber automobile tires. Pier 13 on the East River, to this day known as the "banana dock," was once operated by the Standard Fruit Company. 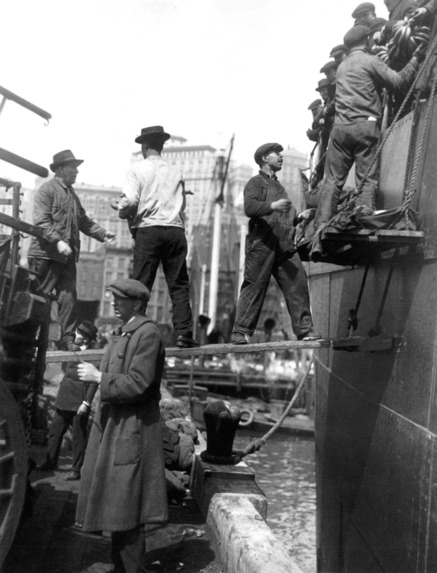