In this 1933 photograph, young men study radio operations at a Civilian Conservation Corps camp for African-American men in Kane, Pennsylvania. After work hours, enrollees were encouraged to take educational and vocational classes that might help them find employment after they were discharged from the CCC. 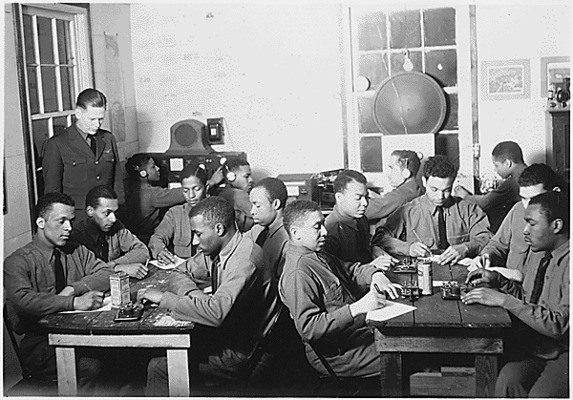