The Civilian Conservation Corps (CCC) was established in 1933 and provided temporary work for three million young men, who lived in military-style camps, constructed recreation facilities, and carried out conservation projects under the direction of army officers. This photo, taken by U.S. government photographers from the Farm Security Admistration, shows corpsmen on "k" or kitchen patrol at the CCC's Rock Creek camp in California. 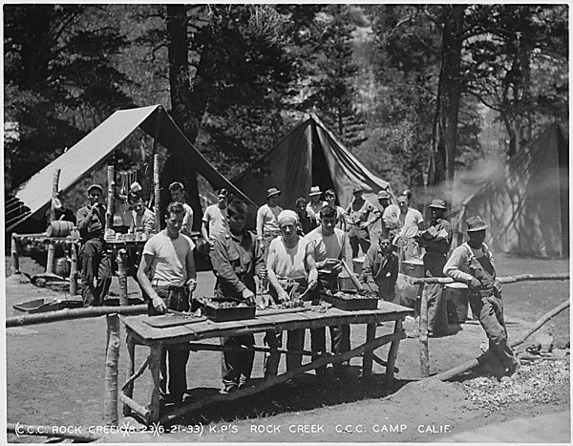 A Utah Observer Praises the CCC

A Utah Observer Praises the CCC (with text supports)

CCCers Sing "Oh Why Did I Ever Join the CCC?" (with text supports)