As millions of men lost their jobs during the Great Depression, many began to argue that women (particularly married women) should not be occupying the scarce jobs that remained. When women could find jobs, employers routinely paid them less than men, even for the same work. Women were also more likely to be employed irregularly, which further diminished their wages. This newspaper photo depicts a 1933 protest march organized by the Association of Unemployed Single Women. Organized by the Socialist Party in New York City in 1933, the Association advocated for jobs, housing, and relief for the city's nearly 175,000 single unemployed women. In the winter of 1933-1934, the city reversed its policy and began to offer aid to single women. 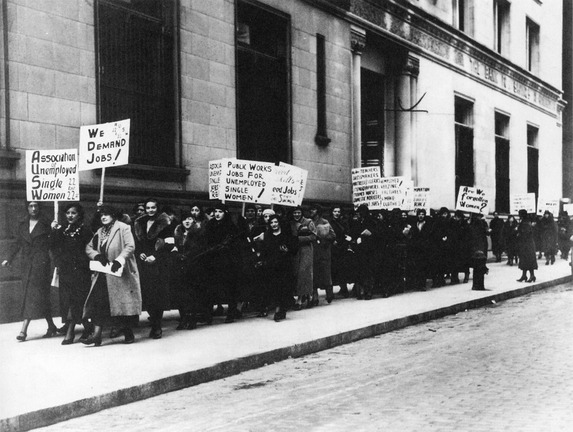 "Growing Up in Down Times: Children of the Great Depression"

A Midwestern Runaway Remembers the CCC

"Bachelor Shacks in Outskirts of Patterson"