In July 1919, Chicago suffered a terrible race riot. An African-American teenager swimming in Lake Michigan floated into a "white" area and drowned after being stoned by a white crowd. Violence spread rapidly. Black Chicagoans, including World War I veterans, fought back. By the riot's end, 23 people had been killed and more than five hundred injured. Afterwards racial tension spread and black membership in Chicago unions declined. In this photo, a black family retrieves belongings from their home under police protection. 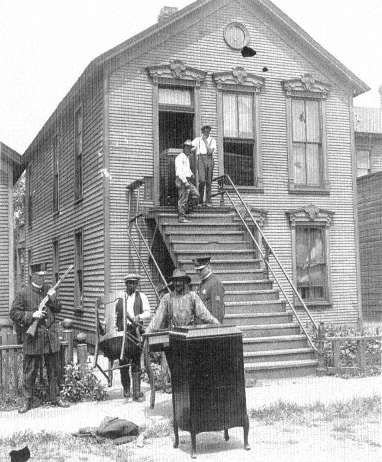