Beaumont, Texas, like many U.S. cities, became a boomtown during World War II, as new residents flooded in to take jobs at the city's shipyards and petroleum production facilities. Between 1940 and 1943, population rose by 35% and the city suffered from overcrowding, increased demand for city services, and even food shortages. While African Americans remained about one third of the population, the overall increase in population resulted in serious racial violence against them, including white police shooting and killing a black soldier riding in the white section of a local bus. This 1943 photograph of workers leaving the Pennsylvania shipyards was taken two weeks before a fifteen-hour riot in which white residents terrorized people and property in the city's black neighborhoods. 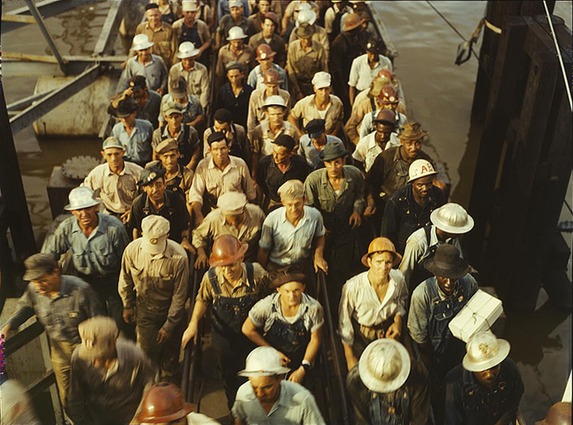