In 1960, four African-American college students in Greensboro, North Carolina, began "sitting in" at the local Woolworth store’s lunch counter, which, like virtually all such lunch counters at the time, did not serve black customers. The protesters refused to leave until they were served, and the standoff was resolved only when the store’s manager closed the entire store early. More students arrived the next day. This tactic quickly spread, and college students across the South began protesting segregation in a variety of ways. These student marchers from South Carolina State College and Claflin College carried signs that acknowledged a long struggle for desegregation. 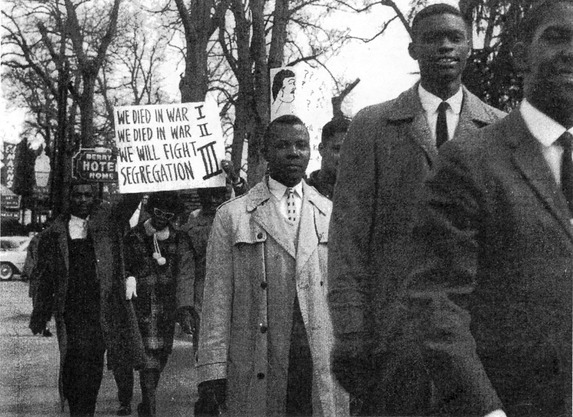