When World War II ended, Ford Motor Company's Highland Park plant, like industrial manufacturers across the country, laid off thousands of women workers and replaced them with inexperienced men. In Highland Park, women members of the United Auto Workers Local 400 organized active protests against the policy, including this picket by 150 women workers outside of the plant's employment office. Eventually, after the issue became part of contract negotiations with the union, several hundred women workers were recalled to the plant. 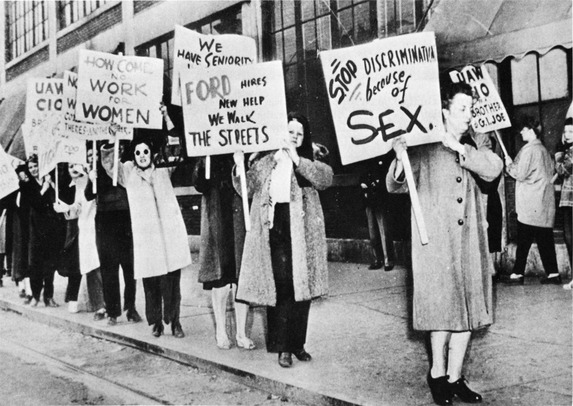