In 1937, African-American activists in Chicago founded the Negro Labor Relations League to put pressure on companies that refused to hire black workers. The League's campaigns targeted newspapers (to promote black newscarriers), movie theaters (to hire black projectionists), and dairies. This photo is from that successful campaign, where in addition to picketing the League asked black Chicagoans to boycott white drivers and stores selling products from "Jim Crow dairies." Bowman's Dairy was one of the city's largest suppliers of dairy products and a major employer. Such pickets and "don't buy where you can't work" consumer boycotts took place in black neighborhoods in many U.S. cities during from the 1920s through the 1940s. 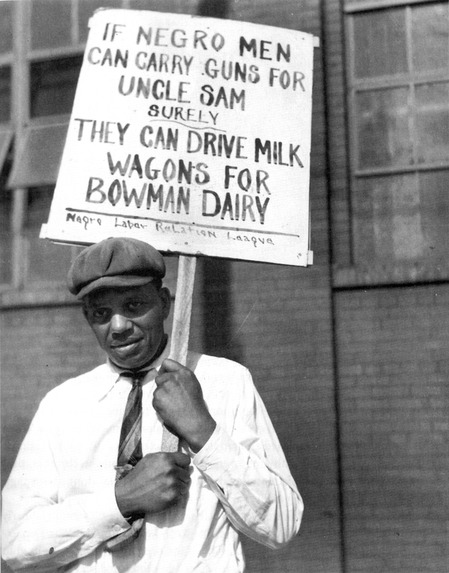