Boys Play Among Litter on a New York City Street

Around 1900, an anonymous photographer captured this image of children playing in a New York City street, near open sewers and a dead horse. Such scenes prompted reformers to campaign for better sanitation in U.S. cities. 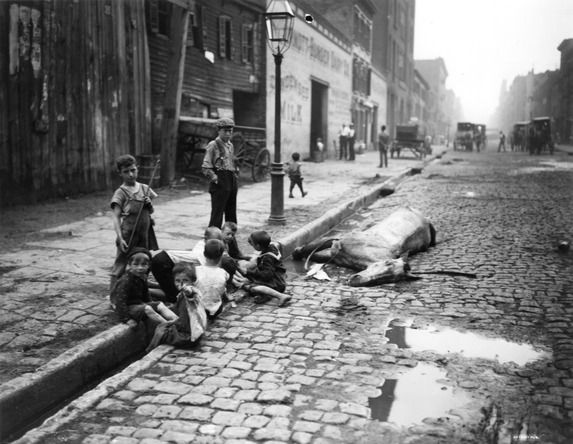 The close of a career in New York