A Vietnam-era photograph shows a standoff between antiwar protesters and military police. The demonstration, which took place on October 21, 1967, included a march to the Pentagon, where "Yippies" Abbie Hoffman and Jerry Rubin led a mock "exorcism" of the building. As many as 100,000 people took part in the protest, which also involved several exchanges similar to the one depicted in the photograph. 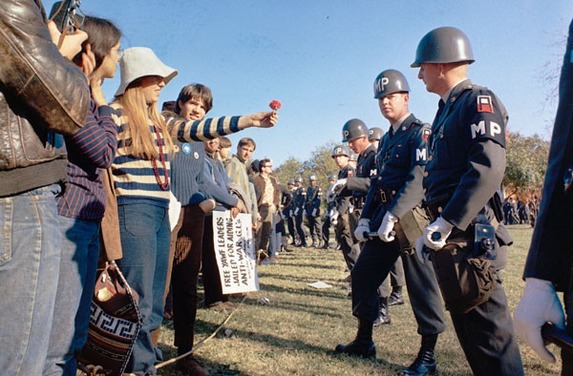