Lewis Hine snapped this photograph of immigrants "climbing into America" after arriving at Ellis Island in 1908. At this time most of the immigrants arriving in New York came from Eastern and Southern Europe, a fact suggested by these arrivals' clothing and prominent moustachios. 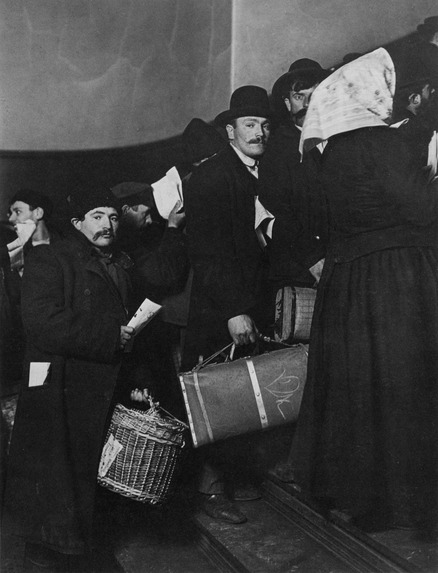