A Chinese Laborer Shields His Face from the Camera

The majority of Chinatown's residents were male laborers who worked in jobs like constructing railroads, mining, and agriculture. Many workers left their families in China, planning to return after they had made enough money. The rise of anti-Chinese violence and prejudice forced many Chinese to retreat to San Francisco's Chinatown. Contracts, usually for low-paying and dangerous jobs, were sporadic. Many migrant workers lodged in the rooms near this alley during the off seasons. Workers formed strong relationships with each other, pooling their money to rent rooms and buy food, and forming guilds and clan associations. Chinatown's bachelors often took on the role of informally looking after children who played in the street, leading the children to call all men, whether they were related or not, "uncles." 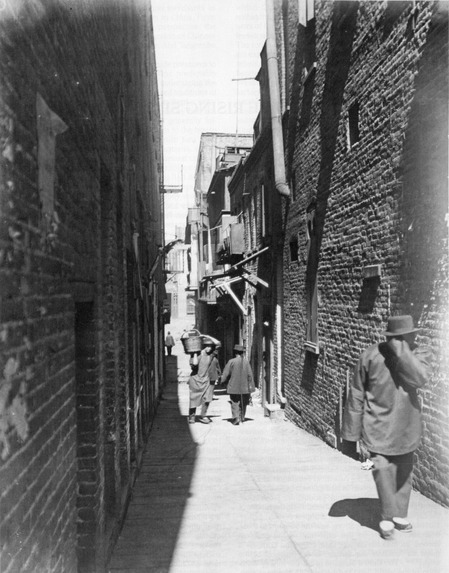