These women relaxing in Golden Gate Park in the 1890s wear silk robes and embroidered slippers; their clothing indicates that it is some sort of holiday or special occasion. The ratio of men to women in Chinatown was 20-to-1; merchants' wives had the least trouble getting permission to immigrate. Some single women worked as house servants or amahs (nannies) for wealthy merchant families. 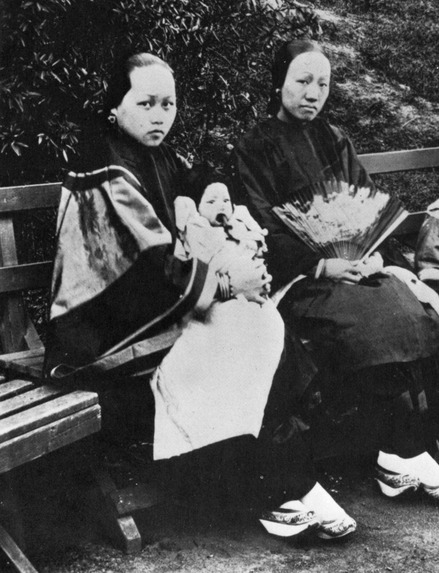