"Street of Gamblers (By Day)"

This photo of Ross Alley shows the preponderance of male immigrants in San Francisco's Chinatown. While outsiders dubbed this a "bachelor society," many Chinese immigrants had left behind families in China. Arnold Genthe's original caption for this image was "Street of Gamblers (by Day)," owing to the large number of gambling establishments on the block. Genthe's caption suggests something sinister is going on, but actually the streets were simply more congested at that time of year because many Chinese immigrants experienced seasonal unemployment in the winter.  The men wear a combination of Chinese (tunics, shoes, hair queues) and American (pants and brimmed hats) styles. 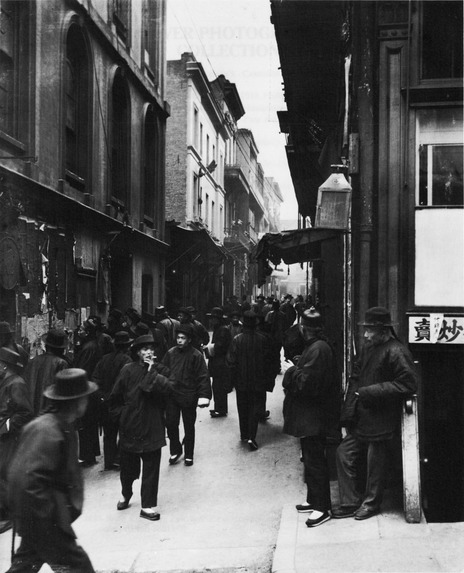 Street of Gamblers (by Day)