This photograph shows some of the leaders of the March on Washington for Jobs and Freedom on August 28,1963. The group includes Dr. Martin Luther King, Jr., front row, second from left and A. Philip Randolph, second from the right. King delivered his famous "I Have a Dream" speech during the march's dramatic climax in front of the Lincoln Memorial. The event involved an estimated 250,000 people who marched for an end to racial segregation and job discrimination. The March was widely credited for leading to the passage of the Civil Rights Act of 1964 and the National Voting Rights Act of 1965. 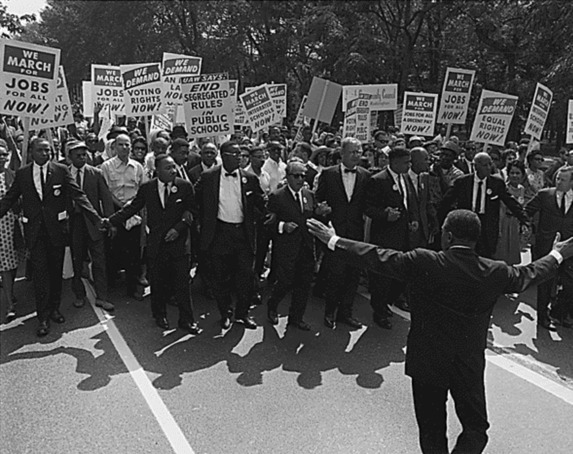 Women Protesters Rally at the March on Washington

I Have a Dream (Excerpt)