U.S. intervention in Puerto Rico and Cuba during the Spanish-American War established the U.S. as the dominant power in those countries, altering the paths of their respective independence movements. Critics accused the U.S. of acting in its own interests while ignoring the wishes of Cuban and Puerto Rican people. This cartoon, published in a Boston newspaper, depicts Uncle Sam as a smug diner pondering which country to consume first, as U.S. President William McKinley waits on him. 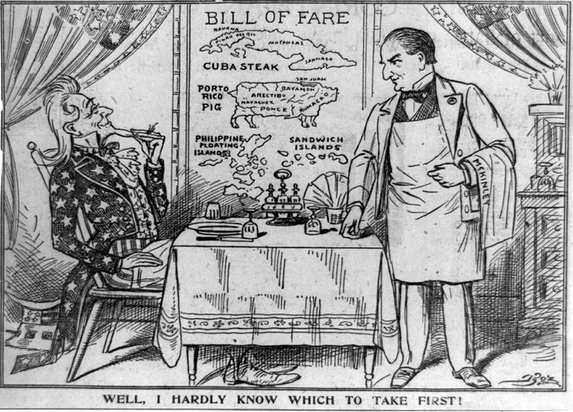 Well, I hardly know which to take first!