The turmoil that accompanied the Mexican Revolution (1910-1920) sent many Mexicans to the United States looking for a better life. At times the violence of the Revolution crossed the border as well. After Pancho Villa raided the town of Columbus, New Mexico on March 9, 1916, the United States Army launched an expedition to capture the Mexican general. This cartoon depicting Uncle Sam hopping the border to chase Villa illustrates common stereotypes of Mexicans held by Americans at the time. 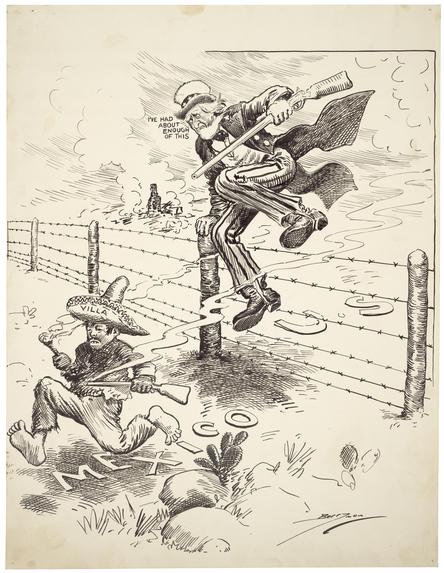