Supported by government funds, railroad building boomed after the Civil War. There were only 2,000 miles of track in 1850; by 1877 there were nearly 80,000 miles in use. Railroad owners controlled tens of thousands of employees and hundreds of millions of dollars in assets. Larger than some state governments, railroad companies were the largest, most powerful companies Americans had ever known. This cartoon, published in a New York newspaper in 1873, reflects the concerns that many Americans had about the unprecedented political and economic power of the railroads. 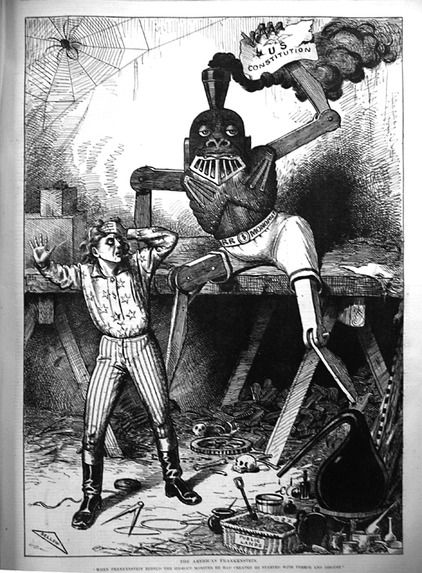